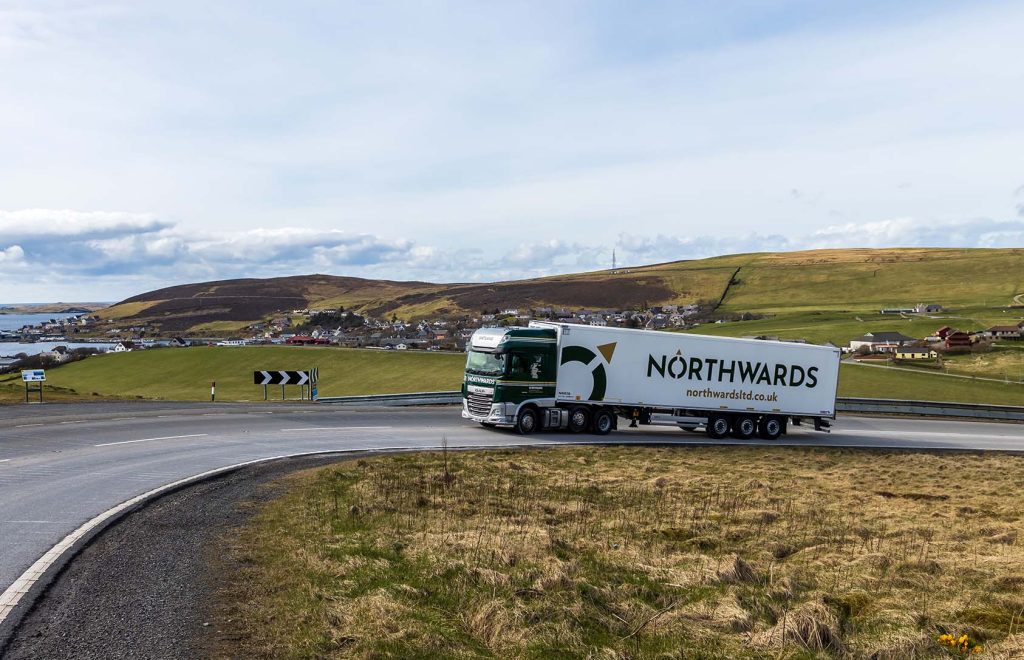 No spare capacity available as orders set to be cancelled.

Shetland’s vital seafood exports have ground to a halt with the news that the freighter MS Helliar has been delayed in drydock. Current information suggests that she may return to the Lerwick-Aberdeen route on Friday but this has not yet been confirmed. The situation has been compounded by the fact that the relief vessel, MS Arrow, was released from the Northern Isles route early on Monday morning and has now returned to the Isle of Man.

The result of this delay is that there will be no freighter sailing from Shetland on Thursday and extremely limited capacity for seafood trailers being accommodated on the passenger vessel MS Hrossey, given the level of public and tourist traffic. For producers, the result will be cancelled orders and a real threat that customers will lose confidence in the Shetland sector and look elsewhere in the future for their seafood.

“The events of this week bring the fragility of the service into very sharp relief,” said Seafood Shetland’s Ruth Henderson. “They also highlight – yet again – the continuing intransigence of Transport Scotland to address the issues faced on the Northern Isles routes to ensure the economy of Shetland – and, indeed, the economy of Scotland – is not undermined through the organisation’s failure to understand the impact of its inaction.”

The financial and business effect of this delay was detailed by one of the producers, Scottish Sea Farms, whose head of operations Ewan Mackintosh estimated that the orders delayed by his firm alone had a value of more than a quarter of a million pounds.

“Orders will be cancelled and those that do get shipped south later will miss onward connections, resulting in part-filled loads for onward transport, bringing both a financial and an environmental cost.

“There is,” he continued, “a bigger picture to this situation. Customers could lose confidence in ordering from Shetland. We operate in a global marketplace with close competition from Norway, the Faroe Islands, and Iceland so this failure has the potential of affecting the wider Scottish economy as well as that of the Northern Isles.
“We put a lot of faith in our ferry service and generally there is an outstanding job done even during poor weather. However, we need this to continue, and if the type of service failure we are seeing this week creeps in, we will be in serious trouble.

“We simply do not understand why there was no contingency for this outcome given that it was a strong possibility. The service is crucial to our success, to the Shetland economy, and to the many jobs we support.”

The latest challenges faced by the Shetland seafood sector come in the wake of a report, presented to Jenny Gilruth, the Scottish Government’s Minister for Transport, by Shetland’s Stewart Building Transport Group at a meeting in March. The report found that six in 10 northbound and four in 10 southbound sailings are running close to at least 90 per cent capacity, with one in ten over the allotted capacity. It concluded that action should be taken as soon as possible to make more freight capacity available given the thriving Shetland economy and recommended that, to meet industry demand, an additional freight vessel be chartered from now until the time when new freight vessels are introduced on the North Isles route.

Speaking at the launch of the report, Stewart Building Transport Group chairman Tavish Scott, said: “We know that, in freight terms, the Aberdeen-Lerwick-Aberdeen route is the highest earning route in the Scottish island ferry network, generating in excess of £10 million per year, the profits from which are fed back into the public purse. Despite this, it is often running at or over capacity and simply not meeting industry needs, which in turn impacts on the island’s economy and that of Scotland as a whole.

“The report clearly demonstrates that the service has not only reached capacity, there is absolutely no room for growth or, indeed, anywhere near adequate provision to handle peak periods or potential disruptions to service.”

Northwards awarded the title of ‘Sales Depot of the Year’ by the UPN organisation.

Northwards is continuing to open up Scotland-to-Scandinavia transportation for the aquaculture sector.